The tank pumper IFA W50 TLF16 can work independently, but usually is used in conjunction with other fire-fighting and special vehicles on fire and accident sites. The TLF 16 based on the W50 LA and was in the former GDR widespread use. The front end is made in all-steel construction. Cab and crew part form a unit and provide up to six seats for ask force crew. The rear structure is manufactured as a case in composite construction with equipment rooms for side loading. In addition to the 2,000 liter water tank, 500 liter foaming agent tank is also permanently installed. 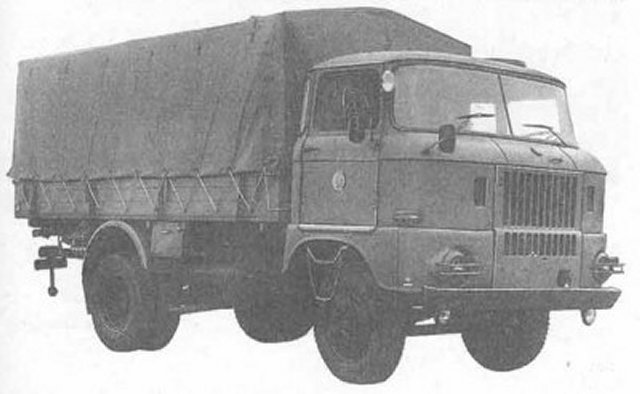 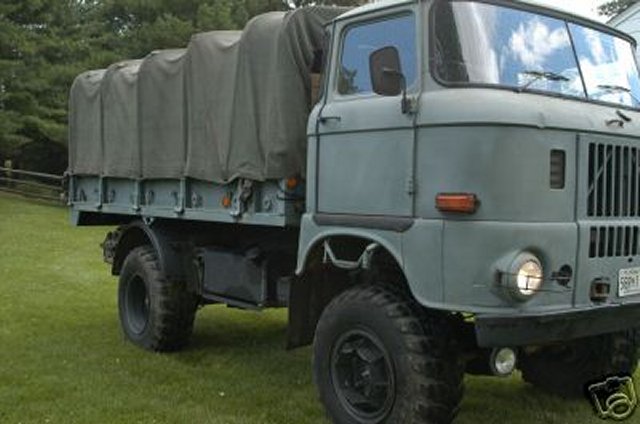 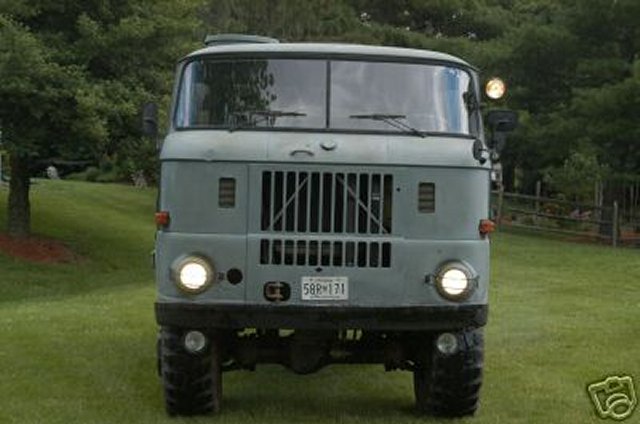 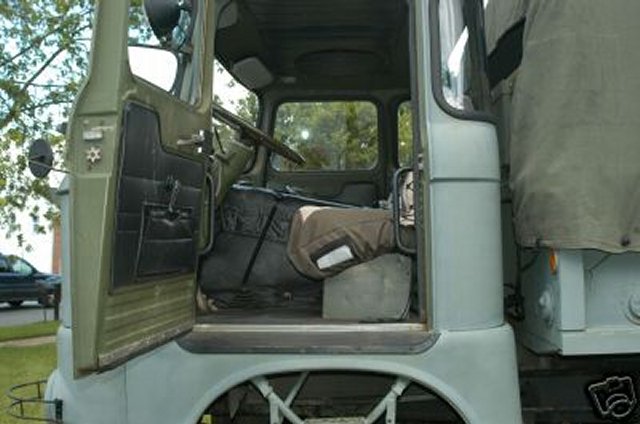 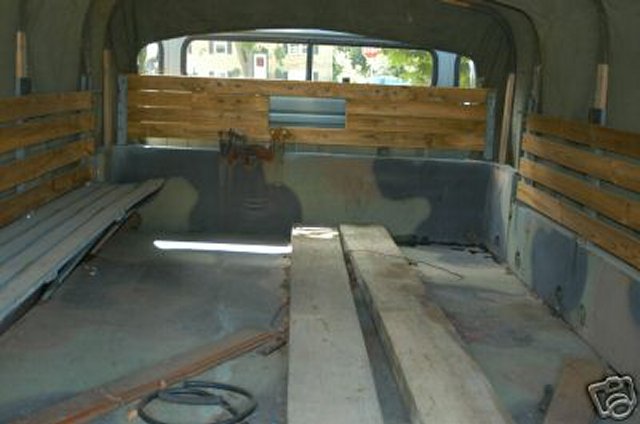 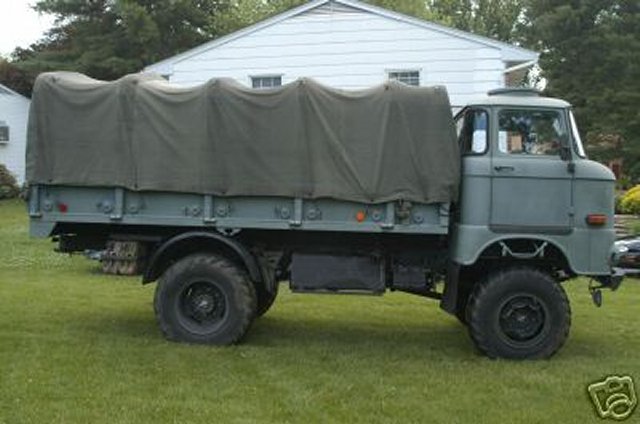 Ifa W50 complete side view of this military version truck 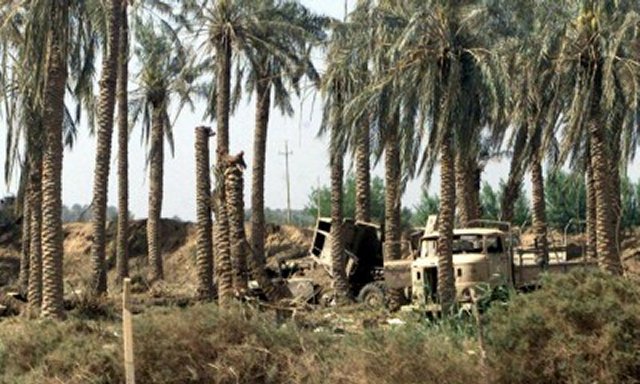 This civilian version of W50 is also widely used in many east european countries such as: Hungary, Poland, Ukraine, and Slovakia.

This car is currently operated by private owners in the Germany. This car is former military truck that was used in the GDR army.

In 1965 a production of this truck started in the German Democratic Republic (DDR) with the production of a new five-ton truck IFA W 50 S whose construction began in 1958, the first prototype 4 1/2 ton version came to light in 1961 and barely got the final version of the car in 1963 . But then it changed assignment, then came the government’s decision to increase the capacity in five tons and redesign had to be subsequently done on exactly same version as the deadline because it was needed to meet the speech of Walter Ulbricht. This was promised by him to the East German national economy in flaming words in 1965 that a completely new and extremely economical truck had to replace then made types IFA S-4, S-IFA 4000 and Sachsering S 4000.

The new logo for IFA truck was very sturdily constructed, at first glance, it differed from its predecessors cabin layout and although it was developed in factories Ernst Grube in Werdau, its new manufacturer factory became VEB IFA Automobilwerke Ludwigsfelde, a state enterprise, built literally “overnight “on a green meadow.

That kind of mandated the creation of a completely new factory was practically possible only because of the way the of planned economy, where the newly built company was both completely funded by the state and also had been pre-planned production program is one hundred percent guaranteed outlets, without any substantial competition in its sector. 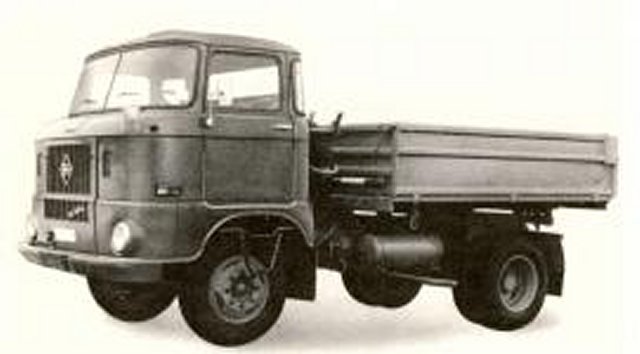 Clutch: multiplate, dry, mechanically operated
Transmission: 5-speed with reverse synchronization and second-rate 5.-
Additional gearbox with a reduction of only 4×4 versions

The water-cooled four-cylinder engine with eddy chambers in the heads had type designation Nordhausen 4 VD 14,5 / 12 SRW and when the engine size 6,560 cc gave 110 hp at 2,200 rpm mode. / Min.
The engine had inserted wet liners, pistons and alloy valve OHV with valves controlled by rocker rods in the cylinder heads. The camshaft driven by spur gears with angled teeth, housed in the housing distribution in front of the engine. This engine was manufactured and assembled two years. After a company-wide holiday in 1967, it replaced the redesigned engine 4 VD 14,5 / 12-1 SRW similar design, but with direct injection and engine boosted to 125 hp (92 kW) at 2,300 revs. / Min. and finally in 1973 the car was given a third variation of the motor bearing 14,5 / 12-2 SRW, but where the power of 125 horses remained.

Was a five-speed gearbox, the gears have slanted teeth and also leader had all its speed synchronization.

The rear axle of the car IFA W 50 was a similar solution, as used by the company MAN. Custom “structural” bridge axles at the ends of the bearing hub, was formed pipes and hollow drive shafts (axles) connecting the terminals of the differential housing with wheel adapters, ran outside, for supporting the bridge.

Many vehicles used in large fire departments were after 25-year still well preserved and maintained for the lower cost during operating hours compared with other civilian used vehicles and could be also seen in smaller fire departments across country.